The first time I made flour tortillas by hand was in Uganda.

We were still in Peace Corps training and I had walked over to the house where some friends were staying.  It was in the midst of their host family washing and hanging clothes and hundreds of people milling about in town waiting to see the Prince of Buganda speak, that I learned to make tortillas. 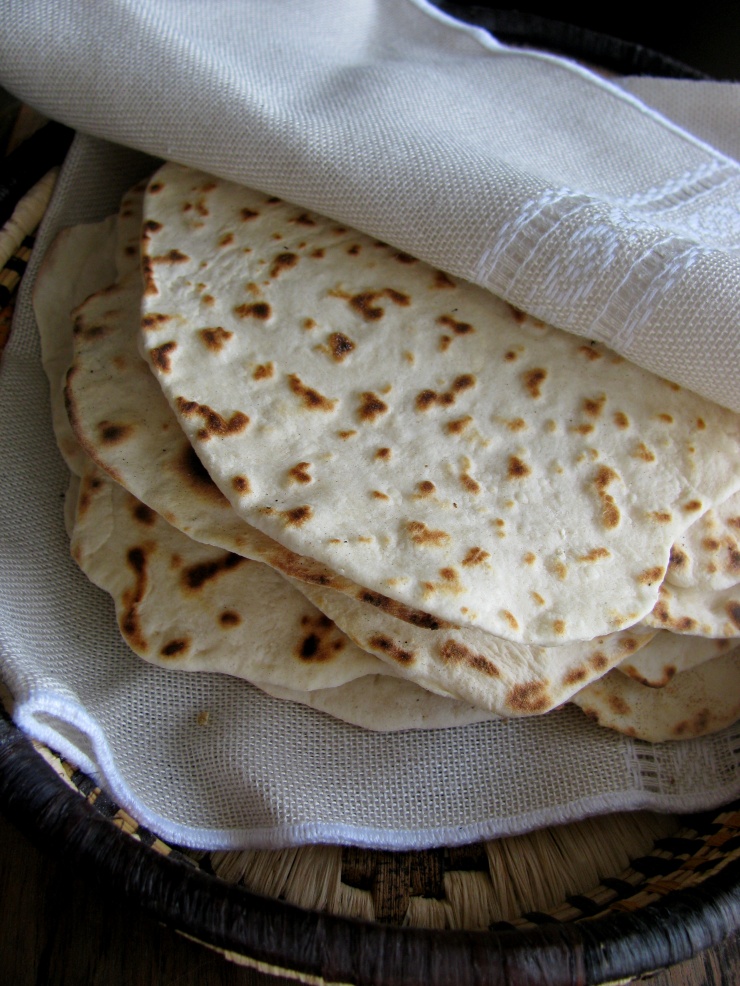 I learned something very important that day.  When one lacks a rolling pin, an empty bottle of Nile Beer works just fine.  I used bottles of Nile many times during my stay in Uganda.  To roll out pasta dough, to trace circles, to hold flowers or candles for when the power cut out (which seemed like every night).  I sometimes wish I had brought one back with me – a souvenir of my trip and because it did look cute with wild flowers.

And while I’ll always think tortillas rolled with an empty beer bottle have a little something extra, something special, these rolling pin-rolled tortillas are pretty darn good too.  They’re light and fluffy and perfectly toasted.  They make the most amazing soft tacos and are the perfect base for scrambled eggs, bacon, and tomatoes in the morning.  Heck, they’re even good plain, at three in the afternoon! 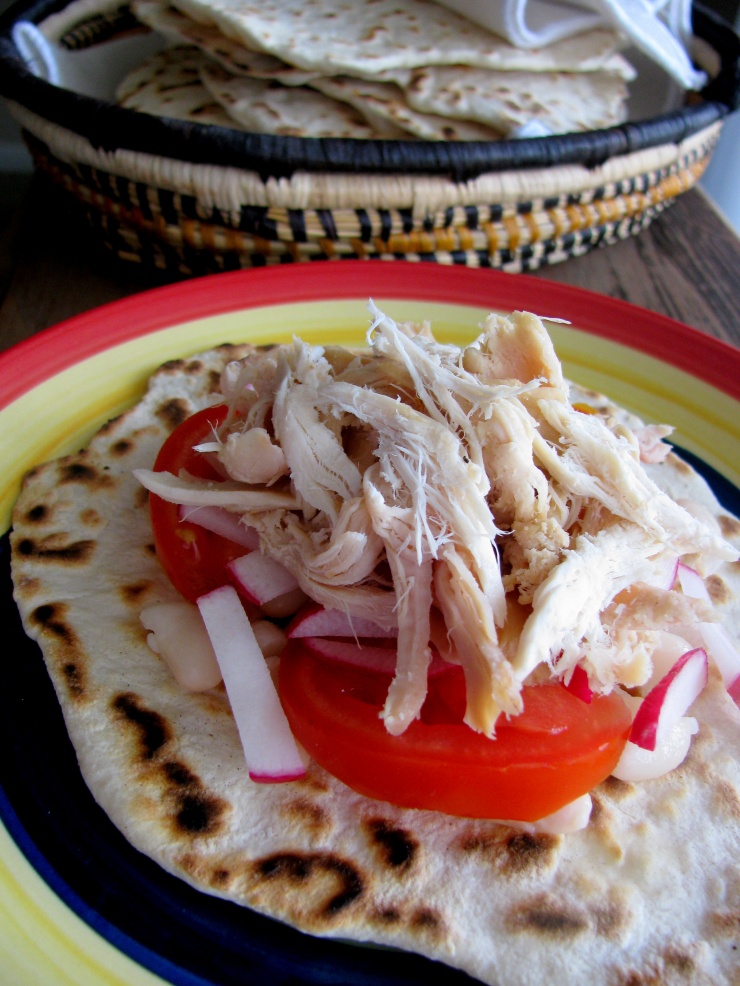 In a large bowl, mix together the flour, baking powder, salt, and oil.  Slowly add the warm milk.  Stir until a loose, sticky ball forms.

Turn out the dough onto a well floured surface.  Knead for approximately two minutes, or until the dough is firm and soft.

Return the dough to the bowl and cover with a damp towel or plastic wrap for 20 minutes.

After the dough has rested, cut it into eight even sections and roll them into balls.  Place them on a plate and cover with a damp towel or plastic wrap and let rest for 10 minutes.  You want to let the dough rest for the full ten minutes so that it will be elastic and keep it’s shape, otherwise it won’t roll out to the correct thickness and shape as easily.

After the dough has rested the second time, pat one dough ball flat into a four-inch circle with your hands.  Place on a well floured surface and roll from the center working out until it’s thin an about eight inches in diameter.

Keep the rolled-out tortillas covered until they are ready to cook so that they don’t dry out.

Heat a dry skillet to medium-high and cook each tortilla for about 30 seconds on each side.

Keep the cooked tortillas covered in a napkin or towel until ready to eat.